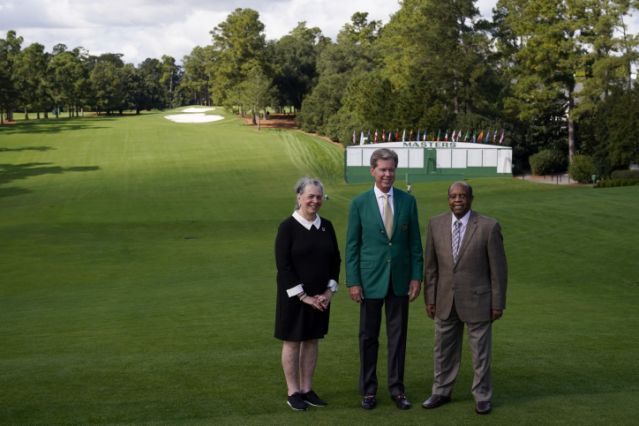 Elder Relishes Role as Honorary Starter in the Masters

Now 86 years old, Elder is about to experience another emotional moment when he joins his longtime friends Jack Nicklaus and Gary Player as an Honorary Starter on Thursday of this year’s Masters.

“I will be nervous,” said Elder. “It will be one of the biggest events I have ever been involved with.”

“I hope I don’t cry,” added Elder, who won four times on the PGA Tour, including the 1974 Monsanto Open title that earned him an invitation to the Masters the following year. “But I am sure that is going to happen. With friends and family surrounding me, though, it will be a lot easier.”

Forty-six years ago, Lee Elder made history when he became the first Black man to compete in the Masters. One can only imagine the pressure he felt as he strode onto the 1st tee at Augusta National on April 10, 1975, to hit his opening drive in the Tournament as the world was watching.

News of Elder assuming the role of Honorary Starter was released last November. Fred Ridley, chairman of Augusta National Golf Club and the Masters Tournament, said the honor would “recognize (Elder’s) courageous life and commemorate all he has done in his career to help eliminate barriers and inspire Black men and women in the game of golf and beyond.”

Elder was deeply moved by the gesture. “The opportunity to earn an invitation to the Masters and stand at that first tee was my dream, and to have it come true in 1975 remains one of the greatest highlights of my career and life” he said at the time of the announcement in November. “So, to be invited back to the first tee one more time to join Jack and Gary means the world to me.”

Elder said Woods was also excited about the scholarships that Augusta National is establishing in his name at Paine College and an honorary degree that the historically Black college in Augusta was bestowing on him as well.

Now comes Elder’s return to the 1st tee at Augusta National. “This by far exceeds anything that has ever happened to me in golf,” he said.